“Running over 10 nights..this fourth edition of Georgia Mancio’s ReVoice! Festival was the most impressive yet…ReVoice! has now become an indispensable part of the capital’s jazz calendar” 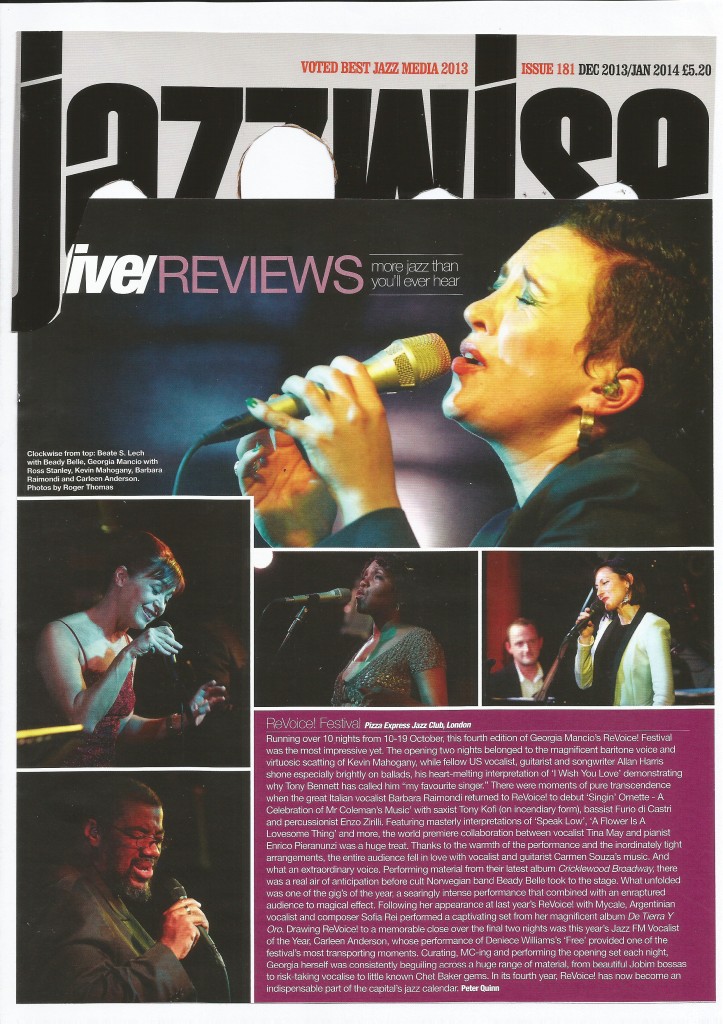 “The Revoice Festival has been going successfully for the past four years and is drawing attention to both the well-known and, most importantly, the new jazz singers on the block. Long may it continue”

“It’s a measure of the open-minded musicality of the British jazz singer Georgia Mancio that the fourth edition of her annual ReVoice! Festival should include cult Nordic ambient and electronic ensemble Beady Belle” 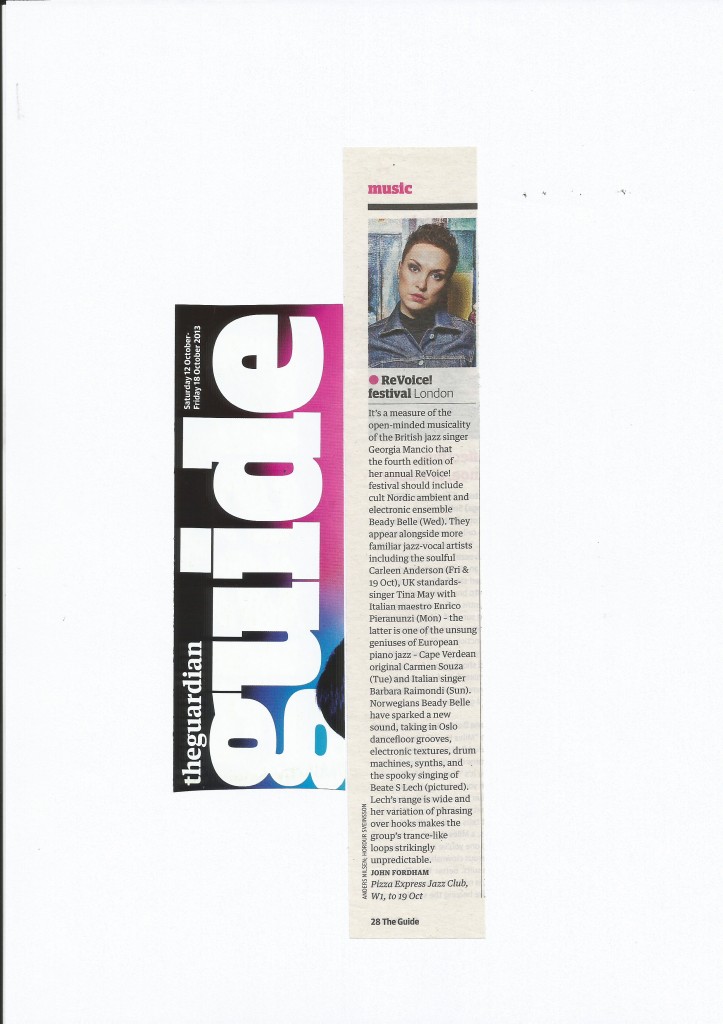 “In a relatively short time ReVoice! has become one of the most creative and adventurous events of the autumn on the national jazz scene, and a must for followers of jazz-vocals”

“[ReVoice! 2013] promises to be even bigger, more diverse, and better than ever”

“It’s getting close to October, and what that means for fans of vocal jazz is a damn fine festival of the stuff”