For nearly three decades, this unique husband and wife vocal/guitar jazz duo has cast its passionate musical spell worldwide, capturing the hearts of lovers, the respect of jazz buffs, and the awe of musicians. Patti Cathcart has one of the warmest, richest voices in jazz yet the soulful graciousness of a gospel singer. Tuck Andress exhibits virtuosity and complexity in his masterful guitar work, strumming and slapping the strings and often sounding like several people playing together not just one. They have toured the globe and produced numerous chart-topping albums of their jazz-tinted interpretations of gospel and soul including Tears of Joy, Love Warriors, Paradise Found and their latest I Remember You. Their deeply heartfelt instinct for refining their music never wavers and we are delighted to welcome them back to London for the truly special closing night of ReVoice! 2012.

“[Gascoyne] at once solid and propulsive in his accompanying role, considered but powerful when soloing” BBC Music Magazine 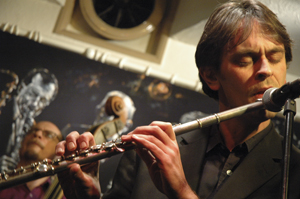 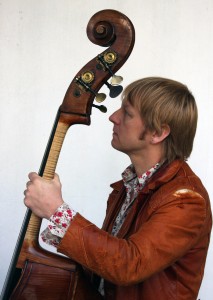