Award-winning jazz vocalist, Georgia Mancio, has consolidated her reputation as one of the UK’s most original, adventurous and multi-faceted new artists.

She has performed with jazz legends Bobby McFerrin and Sheila Jordan and in 2013 begun a performing and songwriting partnership with two-time Grammy award-winning pianist and composer Alan Broadbent.  She has released 4 albums and opened for Kenny Barron, Georgie Fame, Jon Hendricks and Milton Nascimento among many others at Ronnie Scott’s Jazz Club. 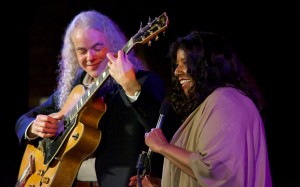 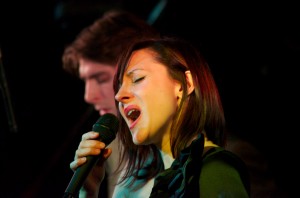 This unique combination of artist and curator is what sets ReVoice! apart.  It allies Georgia to a movement of musicians (including Michael Janisch’s Whirlwind, Trish Clowes’ Emulsion, Clark Tracey’s Herts Jazz Festival, Brandon Allen’s Highgate Jazz With Soul, Dave Stapleton’s Edition Records) giving back to their music community and stepping beyond the imposed boundaries of promoter and player. 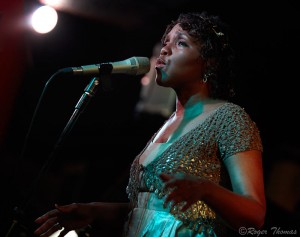